From the far reaches of the Milky Way Galaxy, It's Retro Nerd Girl with a film review for you.
Today I'll be reviewing the movie Flash Gordon released in 1980. 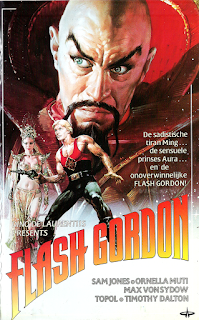 If you enjoy my content and want me to continue you can help at Patreon: https://www.patreon.com/retronerdgirl