From the far reaches of the Milky Way Galaxy, It's Retro Nerd Girl with a film review for you.

Today I'll be reviewing the movie Project X released in 1968. 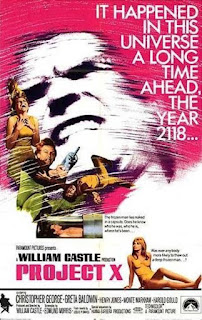 Synopsis:
In 2118 Hagen Arnold is a spy with the mission to infiltrate the enemy of the western world, the Sino-Asians, however he returns home without a memory.  What we do know is that his last communications were that the western world has 14 days before it’s doom.  It’s up to doctors and scientists to discover how to save the world from the lost memories left in Hagen’s brain. 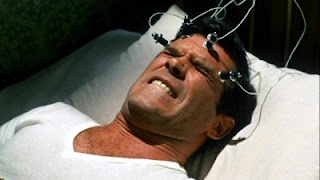 Story:
The story is good and one that would definitely work as a great page turner in a book and that is exactly the source of this film, two books by Leslie Purnell Davies, The Artificial Man released in 1965 and Psychogeist in 1966.

It starts out a bit boring with lots of exposition, explaining the world and what has happened to Hagen Arnold. 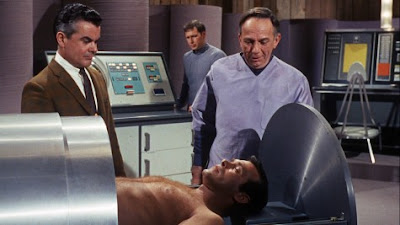 The script is really good in some places and then falls really flat in many others.  Specifically, it was good when it came to the technical dialogue (although it may not be accurate), but awful when it came to the social dialogue.  We could say that maybe it was the language of olden times in the 1960’s, but nevertheless it was unusual.

The story explores the matter of wiping and building memories.  This is a fascinating subject matter to me.  I wonder if humans will be able to do this one day. Or have they done so already in secret.

The doctor in charge of the western scientists, Dr. Crouther, talks about the memories that make a person as a matrix. 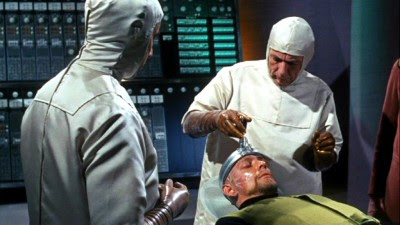 
Pacing:
At 1 hour and 37 minutes it’s a bit too slow in the beginning.  It really needed a few more edits and more cinematic music and sound effects to fill out the scenes with more body. At about 45 minutes in the story gets a beautiful punch of action and it finishes pretty strong and thoughtful.


Challenge:
The challenge in this film is the mysterious scheme of the Sino-Asians, who seem to be a conglomeration of all Asian countries.

The main thrust of the story is a war between east and west.   The fear of Asian domination of the west has been a constant subject for centuries as documented in many books and films in our own world, so this story could have dipped into that derogatory realm. 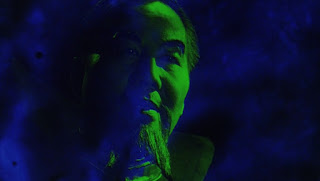 Their leader Sen Chui is extremely well spoken and has developed a way to manipulate DNA to mass harvest male babies while planning to devastate the population of westerners by sending back a deadly virus in the body of a retrieved war hero, Hagen Arnold.

That’s a pretty brilliant scheme. And there is a little wagging of the finger toward America’s use of atomic weaponry in the 1940’s.

The Sino-Asians have also gotten the willing participation of a western traitor, Gregory Gallea, a former spy sent to perform the same infiltration as Hagen. 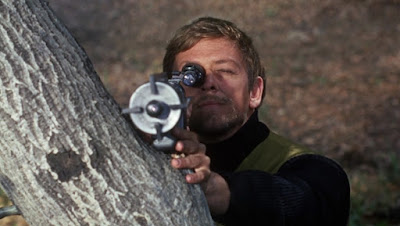 He is very very manipulative and convincing as a good guy.  He even looks and sounds heroic.  You believe him up until you find out that all he wants to do is to get Hagen out of the confinement of the scientists and doctors so he could infect the masses with the virus within Hagen.


Empathy:
The story centers around Hagen Arnold, but as a lead character, he isn’t very compelling.  Most of the time we see him, he is either asleep, or confused because he doesn't remember anything.

I never understood why he didn’t just come clean and tell them that he hit his head and he doesn’t remember anything.  He doesn’t trust the people around him, but we never learn why he plays along. 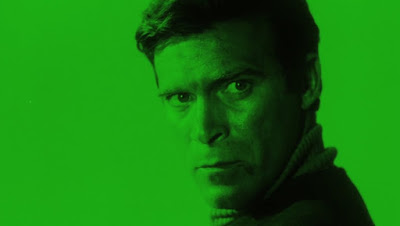 He doesn't get to actually be the hero of the story.  Don’t get me wrong, he is a hero for the west, but he is not the hero of this story.

On his last mission to Sino-Asia, his memory was wiped as a safety precaution as not to reveal any secrets to the enemy.  While there he received some information which he was able to share that the west has 14 days before the Sino-Asia attack.  The means remained a mystery.

In order to find out what will happen in 14 days, Dr. Crouther creates a matrix for Hagen to unleash his memories. 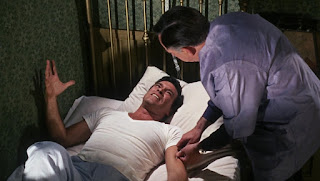 Hagen is given the identity of Alan Fraser, a bank robber hiding out from the cops in a remote location in the 1960’s.  This is a clever way to keep him confined with his permission while at night while he sleeps, using a holographic memory reading device they can see his memories.

He gets a love interest in Karen Summers, who is an employee from a nearby factory that converts dairy products into pills.  Although the scenes with her in it are interesting she doesn’t have a big part to play in the story other than to get Hagen to lighten up during his ordeal.

The real star of the film in my opinion is Dr. Crouther, who you really expect to be the evil mastermind.  You absolutely believe Gallea when he lies and says that Crouther is in a partnership with Sen Chiu to destroy the western world. 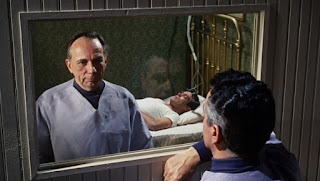 There is something very smug and know it all about Dr. Crouther.  And you would think that it would make him unlikable, but it doesn't.  It just makes you curious about what he’ll do next because he has a lot of ideas,  Not all are great, but he has ideas nevertheless, that gets us to our next progression in the story.

I really liked the tension and banter between he and Cornel Holt.  Holt even fires him and threatened to incarcerate him during the last stretch of the story.  And yet it is Dr. Crouther who comes up with the last strange plan to save the earth.


Technical:
The film is written, scored and filmed like a TV movie even though it was released in theaters.

As well it’s important to note that many of the sound effects were swiped from the Star Trek TV show. 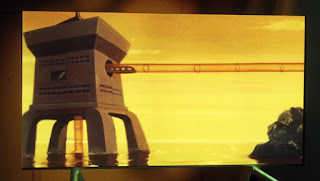 The animation use is much like the way modern films use computer animation.  It’s shortcut to convey the story without having to create them in reality.

I wouldn’t say that any of the effects worked, but it created some pretty unique and inspiring visuals and I really enjoyed seeing them try to pull off it off to tell the story.

There were a few moments that were not realistically accurate, or consistent … and many of them were also just plain ridiculous and a little hokey.

I thought those imperfections were interesting and on the most part and again I really appreciated the effort. 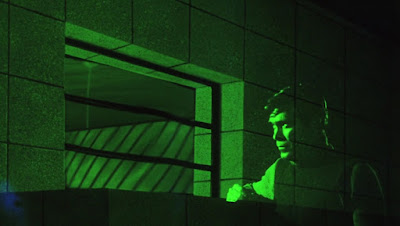 Performances:
The performances were a mixed bag of good actors and not so good ones.  But in the most part, the majority of them were good.

I mentioned that the film has a very TV production style and many of the actors of note in the film are most notably known for their work on TV.

Christopher George as Hagan Arnold was pretty good and very believable in all of his emotional states.  He had to play the hero, confused, angry, in love and he does it all very well. 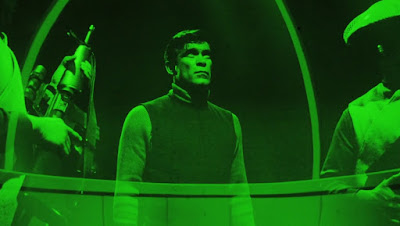 Henry Jones played Dr. Crowther, and he really makes all of the happenings in the film believable, even the corny stuff.  He just brings so much gravity to every scene he is in.  I loved his performance.

Monte Markham was excellent as Gregory Gallea.    I almost didn’t recognize him because he usually never had facial hair in his other roles.  There just wasn’t enough time with him on screen.

And a special note of Keye Luke as Sen Chiu also famously known for being the grandfather in Gremlins released in 1984 and it was awesome seeing him in this.


Best:
The best part to me was the beginning.  I know it’s boring to most people, but that is the part when we learn the most about the world of 2118 and the technology they possess. 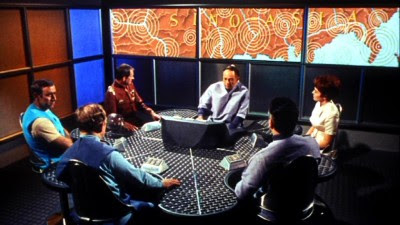 The ending:
I loved the ending actually.  It seems like a happy ending, but it’s actually kinda sad.  Poor Hagen is actually a brilliant mind in the western world, but he is wiped of his memory several times and is ultimately given a simpler life.

I know that Hagen knew that would happen when he agreed to do the mission but it was pretty sad.  And this was the very reason Gallea turned bad… he rather kill than to lose his memories.  And it actually, it comes full circle because, it is his memories is what saves the day...

Isn’t it interesting that Total Recall begins the way Project X ends with the protagonist’s memories repressed, assigned a wife and a new identity? 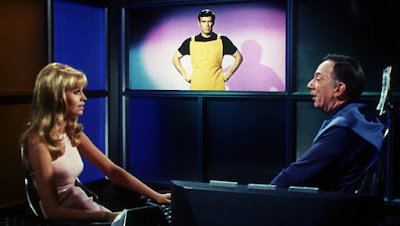 Wish List:
I wish that the scientists created a simpler matrix for Hagen to retrieve his memories or even just tell him the truth about who he is.

I wish Karen had a purpose in the film other than to be the love interest.

She spends only a few minutes walking with him and she’s suddenly ready to marry him.  Well I know it’s possible, but it would have been more compelling if she had more to do with discovering his memories, but not just a pretty face to keep the story from being all about men. 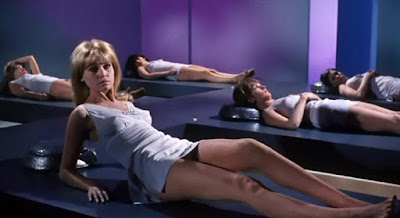 Now, there were two movies by the name of Project X made after this one in 1987 and in 2012.  Neither one is a remake, but this is an excellent film that could use a remake.

I wish this story could get an update.


Enjoyment:
I love the subject matter and a lot of the ridiculous concepts that other people may get hung up on.

This isn’t my favorite movie, but I do like it a lot.  It’s really compelling and thought provoking in a really surprising way because on first impression after a few minutes in, you get a lot of exposition and a lot of corny 60’s elements, but it totally builds into a highly involved story by the end. 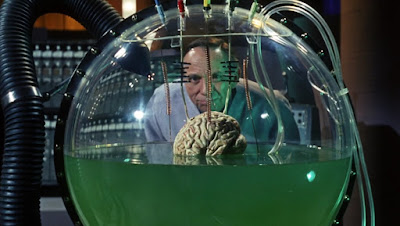 The film is also a commentary of the time as it uses stock footage from 1964 -1968  to play with the idea that people in 1968 live in what they believe to be a modern world, but it is actually primitive to what humans can achieve.


That sums up my review.  I hope you liked it and I'll be posting many more reviews.   And let's keep this discussion going.  Be sure to leave your opinion of the movie in the comment section.